Invitation to the ICAT Retreat 2022

We warmly invite you to attend the ICAT Retreat 2022. The Retreat will be held in the Grand Hotel Malahide, Co. Dublin.

You can see below an overview of the sessions at this year's Retreat. Please register for each session using the form at the bottom of this page. Spaces will be limited and will be offered on a first come first served basis.

Please keep an eye on this page over the coming weeks; the event programme and abstract booklet will be added shortly.

We look forward to seeing you in December! 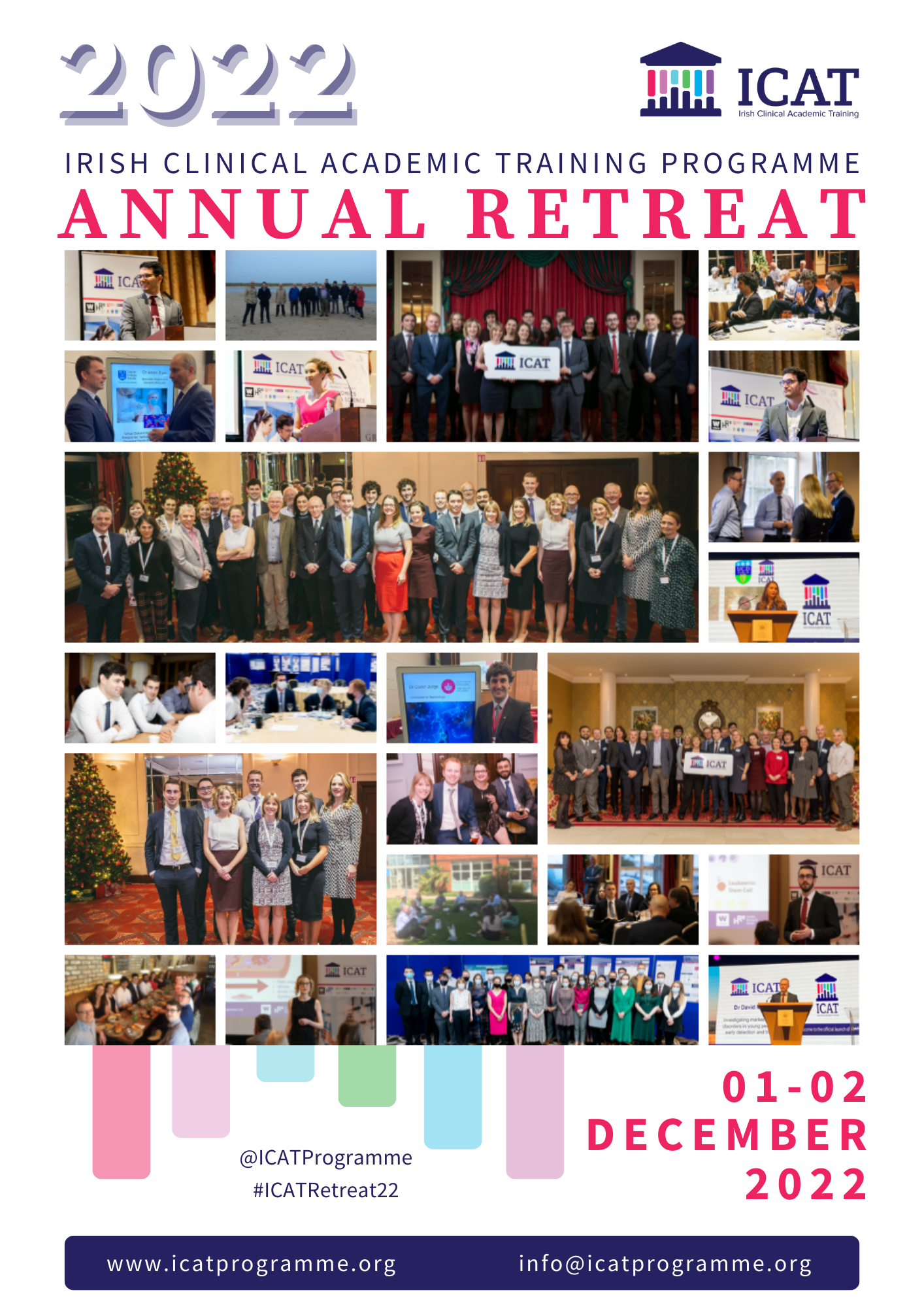 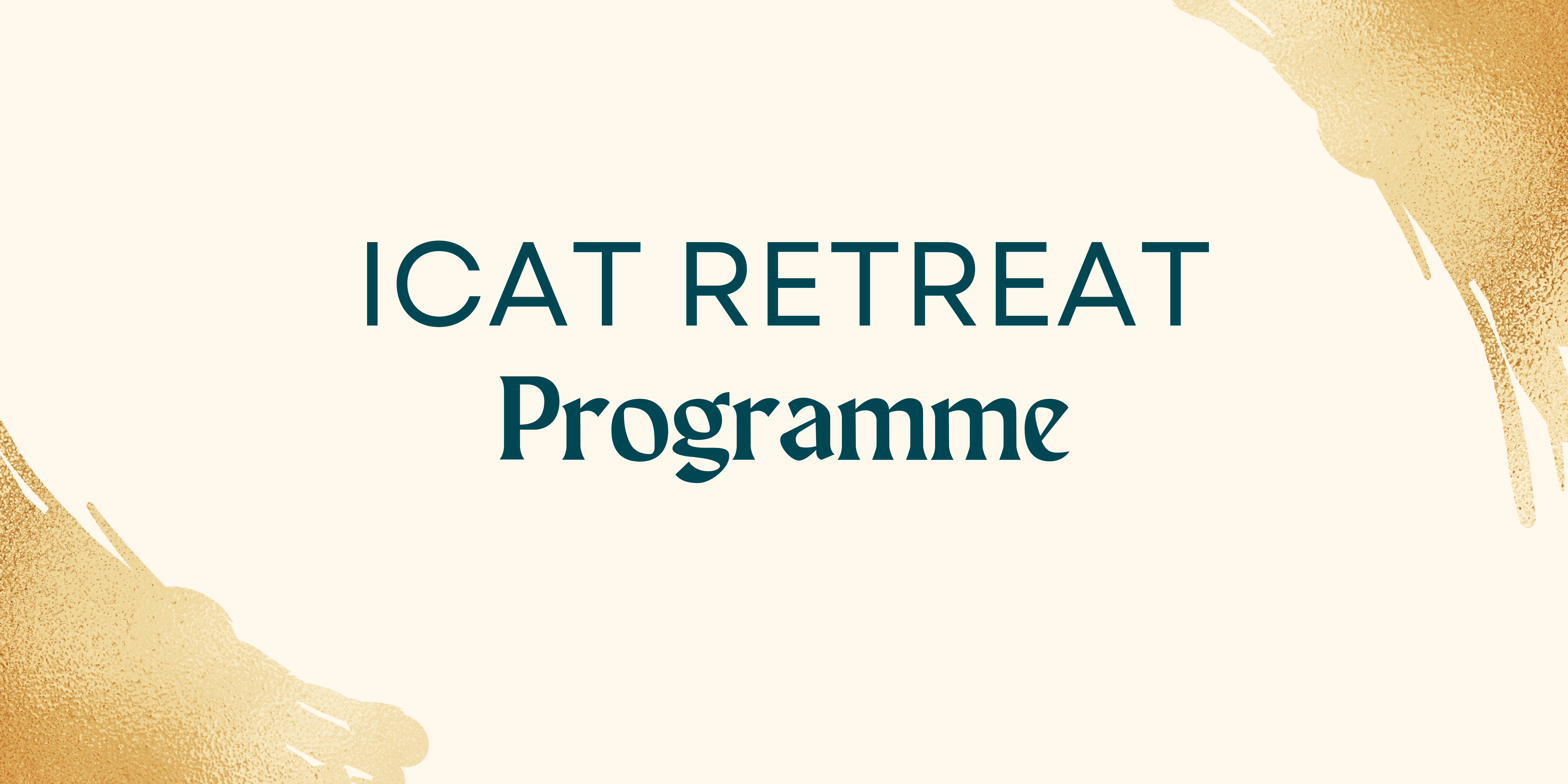 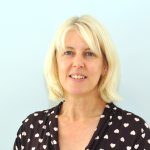 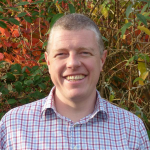 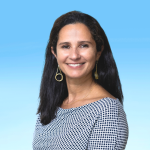 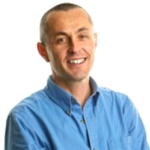 1Caroline Sabin, University College London
In 2000 I initiated the UK Collaborative HIV Cohort (UK CHIC) Study, a major multicentre study of >50,000 people with HIV in the UK. I am the principal investigator for the study, which is one of the largest clinical cohorts of people with HIV worldwide. From 2001-2019, I was the principal statistician for the D:A:D (Data collection on Adverse events of anti-HIV Drugs) study, a large international multi-cohort study of >50,000 people with HIV which aimed to describe the relationship between antiretroviral drugs and cardiovascular disease. I am currently the co-PI of the Pharmacokinetic Observations in PeoPle over fiftY (POPPY) study, a large cohort based in the UK and Ireland that aims to describe the outcomes and predictors of ageing among people with HIV. I have been closely involved with many other large HIV cohort studies and collaborations, both in the UK and abroad. I am the current vice-Chair of the British HIV Association (BHIVA), a Fellow of the Academy of Medical Sciences, and co-Editor-in-Chief of HIV Medicine.
2Neil Henderson, University of Edinburgh
Neil Henderson undertook medical training in Edinburgh and London before completing a Wellcome Trust funded PhD at the MRC Centre for Inflammation Research, Edinburgh. He then trained in hepatology and was awarded a Wellcome Trust Intermediate Fellowship, during which time he spent a 3 year post-doctoral period based in Dean Sheppard's lab at the University of California, San Francisco, USA. Neil was then awarded a Wellcome Trust Senior Research Fellowship in Clinical Science to investigate novel mechanisms of organ fibrosis and regeneration, using cutting-edge approaches including the rapidly evolving field of single cell genomics. Organ fibrosis (scarring) is a major cause of morbidity and mortality worldwide, and as yet there are no effective anti-fibrotic treatments. My lab is interested in the cellular and molecular mechanisms that drive organ fibrosis, and also the molecular pathways which are responsible for efficient wound healing and healthy tissue regeneration following injury. By understanding more about how organs scar, heal and regenerate we hope to develop new treatments for patients with organ fibrosis.
3Dr Annalisa Montesanti, Health Research Board
Annalisa is a Programme Manager at the Research Strategy and Funding Directorate, Health Research Board (HRB), Ireland. Annalisa joined the HRB in 2005 and since 2016 Annalisa has been leading the portfolio of the Research Careers in health research. She developed a framework aimed to deliver a coordinated approach to building capacity and capability in health research in Ireland. She is also leading the integration of persistent identifiers, such as ORCID, in grant management and is also involved in developing some grant management policies. Annalisa is also deeply involved in promoting open science, open and FAIR data and the DORA principles and the implementation of narrative-like CV for researchers to improve responsible research assessment also in close collaboration at international level. Annalisa had also many years of experience in scientific research and has worked in Italy, England, and Ireland. She has a BSc from Palermo University in Italy and a PhD in cancer biology from the Institute of Molecular Medicine in Oxford, UK.
4Professor Neil Hanley, University of Manchester
Neil is Vice Dean for the Faculty of Biology, Medicine & Health covering Research & Innovation and consultant endocrinologist at Manchester University NHS Foundation Trust. He directs the Wellcome funded PhD Academy for Healthcare Professionals in northern England. Neil Hanley graduated from the University of Edinburgh in 1993 with a MBChB in Medicine and Surgery, and a BSc Hons in Pharmacology. He completed a PhD in Molecular Genetics as a Wellcome Clinical Training Fellow. He spent two years with Dr Keith Parker at UT Southwestern Medical Center at Dallas, USA, as a visiting fellow. He returned to the UK in 2000 to the University of Southampton, completing speciality training in Endocrinology and Diabetes in 2004 while he was an NIHR Clinician Scientist. Neil was awarded a personal Chair in 2006 and moved to a Chair of Medicine position at the University of Manchester in 2008 as part of Manchester's first NIHR Biomedical Research Centre. During his time in Manchester, he has held a Wellcome Trust Senior Fellowship in Clinical Science alongside research grants from MRC, BBSRC, EPSRC and other bodies, and led the Centre for Endocrinology & Diabetes (2013-2017). In 2018, he served as President of the Association of Physicians of GB & Ireland and helped oversee its transition into an open membership body. Neil researches human developmental biology and associated aspects of stem cell biology. For over 20 years, this has focussed on embryogenesis and the early fetal period, with a keen interest in how human organs become established. More widely, he collaborates on organ fibrosis and associated disease processes; work that originated from researching human developmental mechanisms.

Register for the ICAT Retreat 2022